The project One Minute Museum is an innovative way of presenting cultural heritage through series of specific movie trailers about museum objects, played in the largest cinema hall in Belgrade. Those short art video clips were on the cinema repertoire during 2019 and were seen by a huge audience.

Video clips were played before each movie projection in Kombank Hall – which was the main partner, together with National Museum in Belgrade, in this project.

With the unexpected appearance of the museum exhibit on the cinema screen before the beginning of the film screening, a short encounter mediated by an emotional guide, the pearls of the national cultural heritage were coming to life. The combination of sound, text, and image has created a short and powerful form that reveals different layers and possibilities of experiencing a work of art.

The first exhibit of the National Museum that was being presented in the Kombank Hall cinema is the Blue Door, an anthological work of Serbian impressionism, created by the skillful hand of Milan Milovanović. The Blue Door was followed by paintings by George Krstic and Sava Shumanovic, as well as selected works of ancient cultures and foreign art from the National Museum.

The museum thus used a new and innovative media form, using only one minute of the viewer’s attention to creating a strong impression and experience of art. In this way, storytelling was transformed into new, dynamic forms, addressing new visitors as well.
The #MuseumNaMinut project was realized in collaboration with the companies Megacom Films, Kombank Hall, and Cinnamon Production, which produced the series.
#OneMinuteMuseum was part of the international GIFT project – which explores the possibilities of personalized museum experiences, with the support of the European Commission through the Horizon 2020 fund. 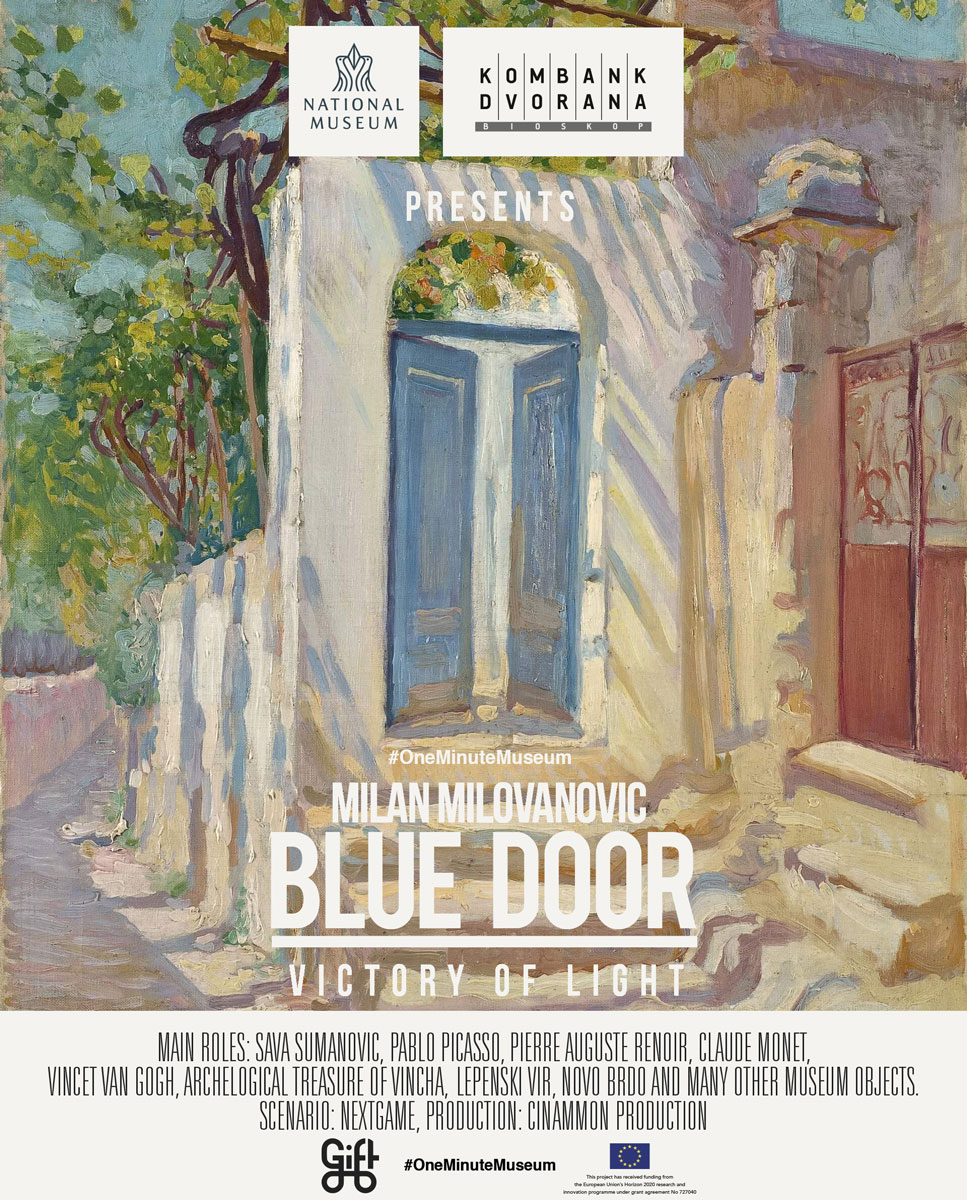 Page load link
This site is registered on wpml.org as a development site.
Go to Top